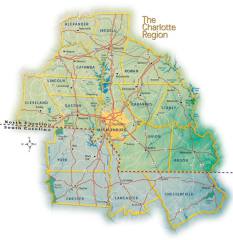 Recommend this page on:

Click "Banquet Registration" tab in the menu to the left

Apppetizers and cash bar during the Networking session

Looking forward to a delicious meal May 2023 Terry Foster was originally a 1977 LPN graduate of Booth Memorial Hospital School of Practical Nursing in Covington, Kentucky.  After working for 5 years as an LPN in the ED & ICU, he received his RN diploma from The Christ Hospital School of Nursing, Cincinnati, and in 1997 received his Master's degree in Critical-Care and Trauma Nursing from the University of Cincinnati College of Nursing and Health.  He has held positions of volunteer, ward clerk, staff nurse, charge nurse, critical-care instructor, clinical director and night supervisor, at both the Mercy Hospitals of Cincinnati, Ohio and at St. Elizabeth Medical Center in northern Kentucky.

His primary areas of nursing experience have always been in the Emergency Department and Critical-Care Units.  Terry has authored more than 35 professional publications in various textbooks, nursing and healthcare journals.  He has lectured on a wide variety of clinical topics at nursing seminars and conferences throughout the USA, having given a total of over 2,000 formal presentations, covering all care nursing topics, he has regularly taught CEN and CCRN nursing certification exam reviews since 1985.

Nationally he is well known and sought after speaker on nursing humor.  AS a part-time stand-up comic, Terry has also performed at the Las Vegas Caesar's Palace, Atlantic City's Trump Tower, and local comedy venues in the greater Cincinnati area.  A well-known community volunteer, he regularly volunteers on multiple charitable boards and especially for fundraisers.  In 2009, Terry was the recipient of the Judith Kelleher award, which is the highest awar, given by the national Emergency Nurses Association.  In 2010, Terry played himself on an episode of The Learning Channel's national cable TV program "Untold Stories of the ER," the first nurse to ever be featured on this physician-based show.  Since 1998, Terry has been the Critical-Care Clinical Nurse Specialist in the Emergency Department at St. Elizabeth Medical Center in Edgewood, Kentucky, having been continuously employed in the five-hospital system since 1975.